In this majestic former industrial building once trains were made. Exactly this ‘manufacturing culture’once again binds the new inhabitants with this spot, as today the Werkspoorfabriek serves as a working place for all kinds of modern creative makers: from a beer brewery to creative businesses and everything in between.

In the designing process, we approached the building as a three-piece concept: first of all, its industrial character and its history; secondly its manufacturing culture and finally its representation of the modern life. The latter being exactly the workplace concept our client De Stadstuin aims for: a modern vibe that stimulates work and life to blend together flawlessly.

By using a three-dimensional square, built up from lines, we found a suiting visual metaphor for the building’s manufacturing-culture, then and now. By visually integrating this, either as a whole or by using separate lines, we were able to create a clear design language. In this process we were careful not to transcend the function of the space, or to overshadow the wooden box-in-box offices made by Respace. Eventually, hard shadow lines of the light pouring in through the windows subtly coincide in this creation.

The liveliness of the building; the wooden offices and its occupants & visitors, the plants, the atmospheric bar and the event space: all these are Stadstuin elements. To us the challenge was to precisely express these elements visually, but without damaging the space in its openness or letting it snow under in chaos or noisiness. Instead, we aimed to provide an ultimate stage for the building’s vibrant-, historic- and creative character and everyone in it. 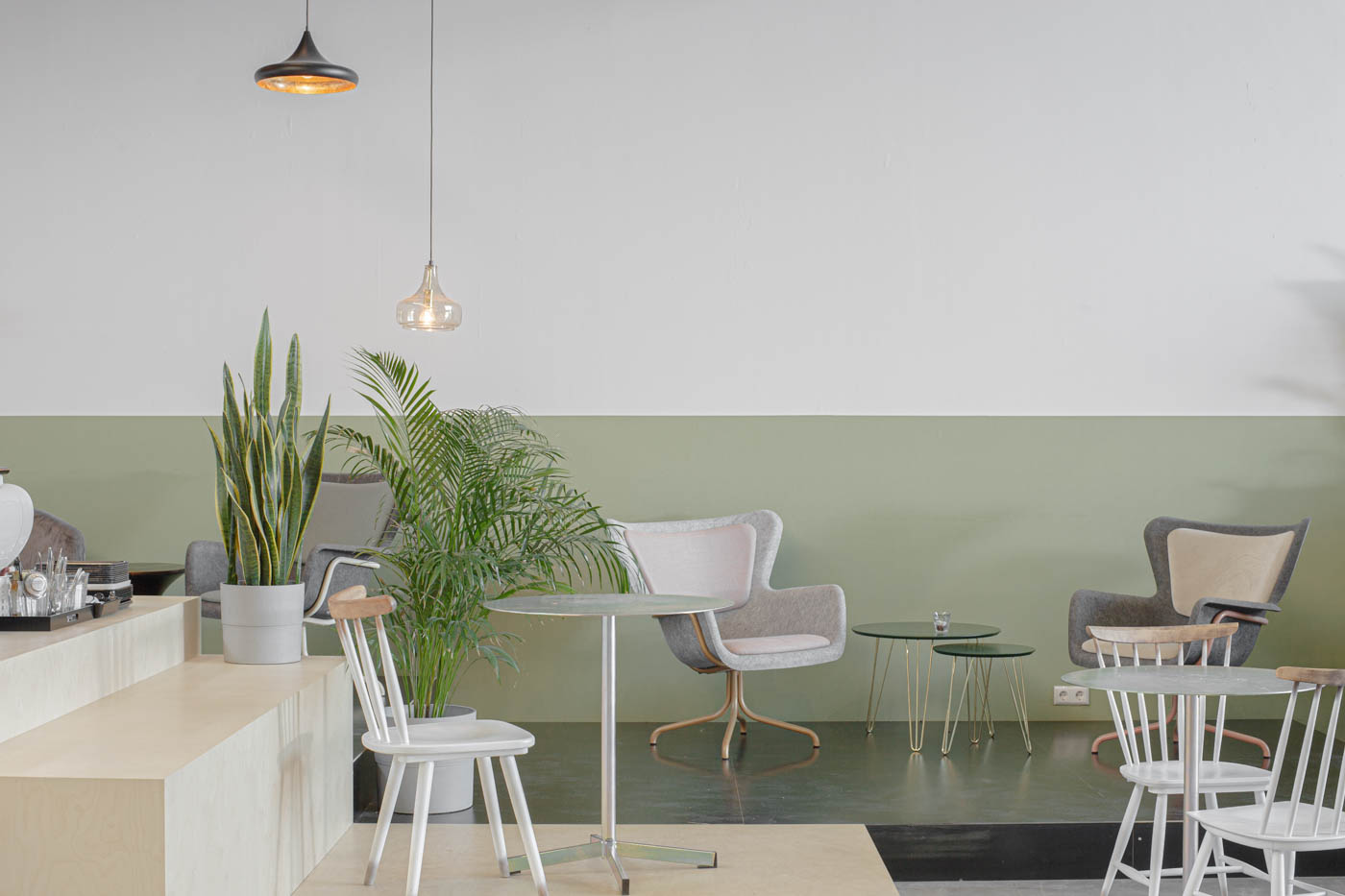 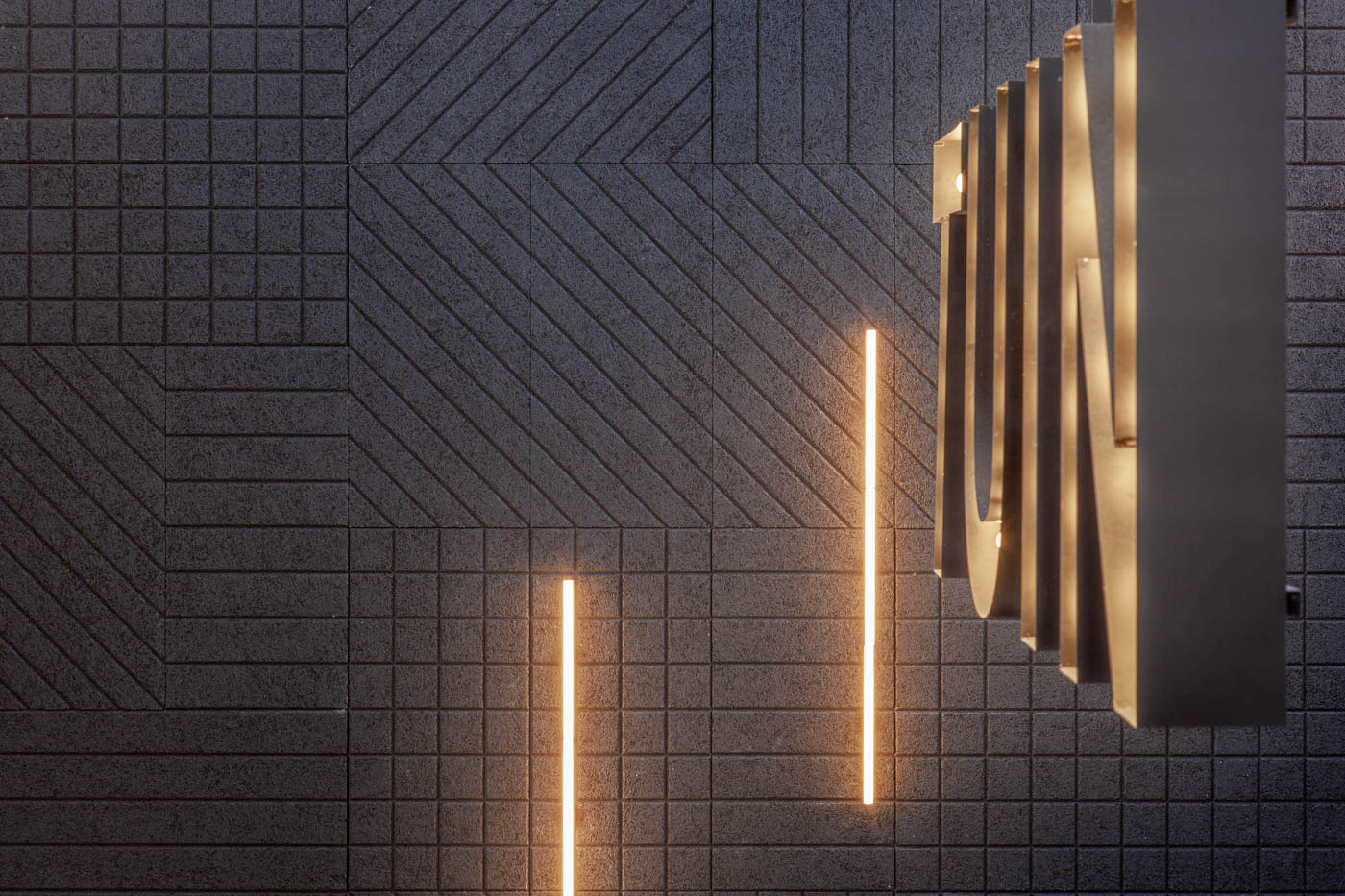 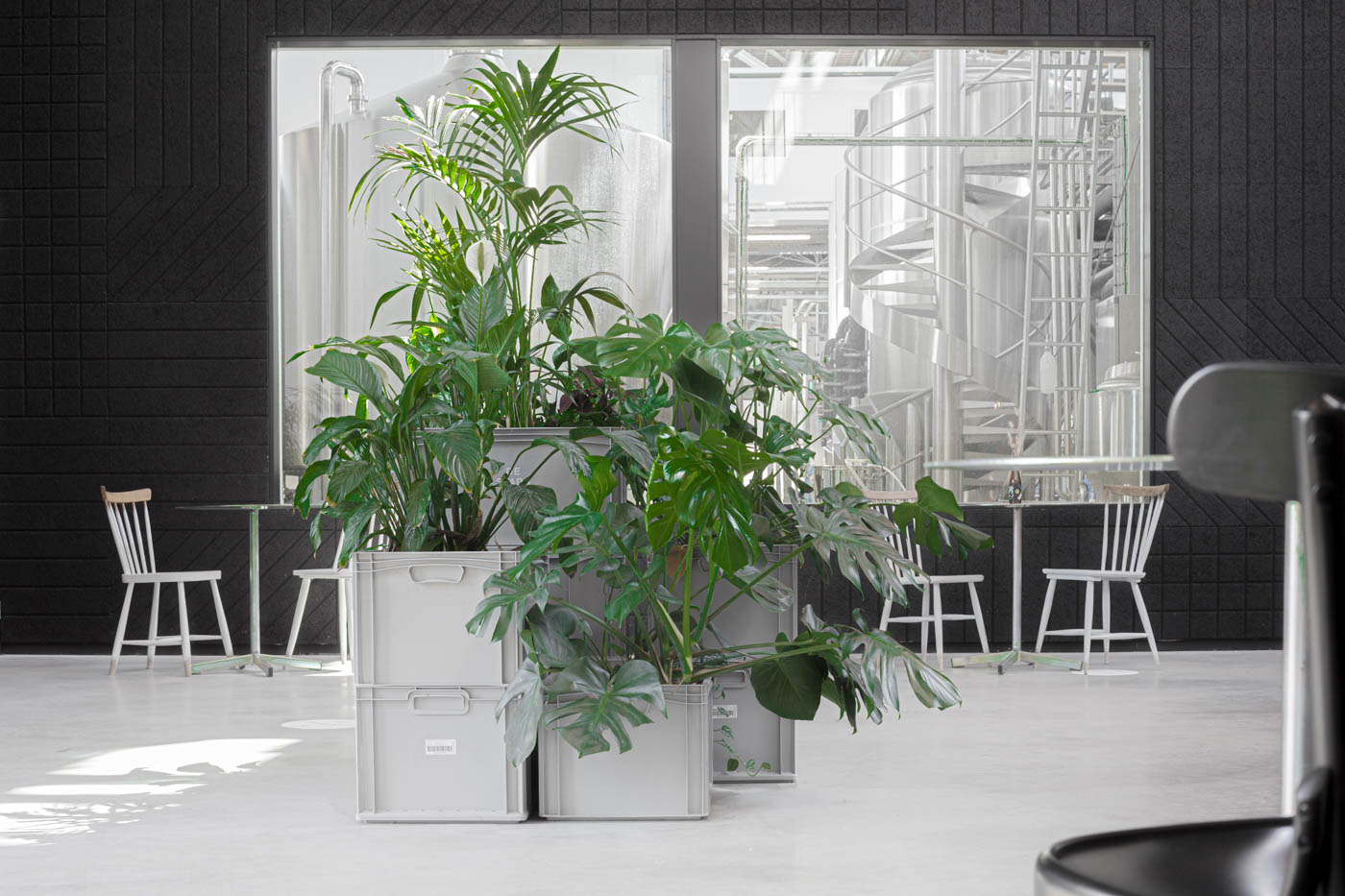 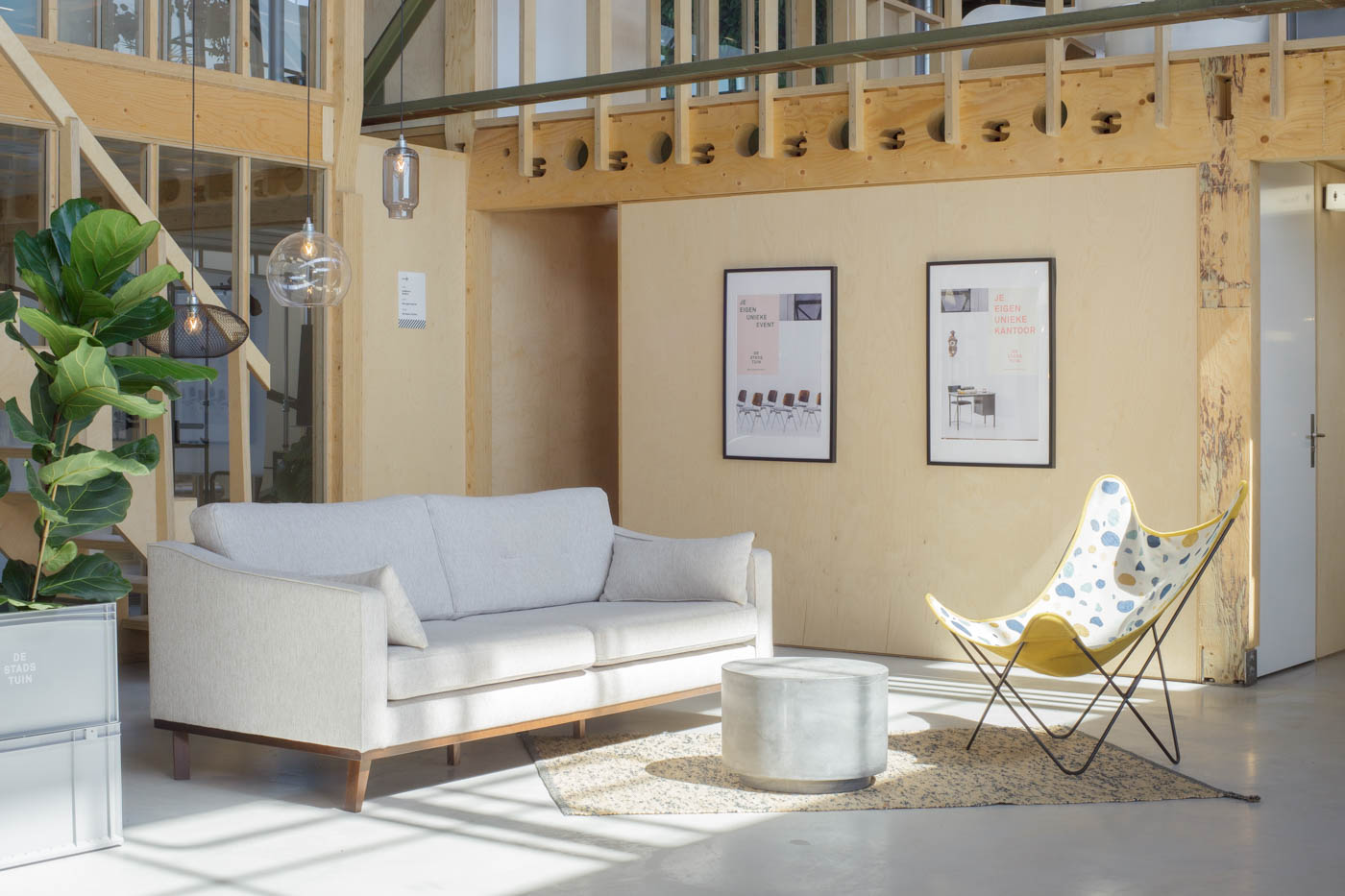 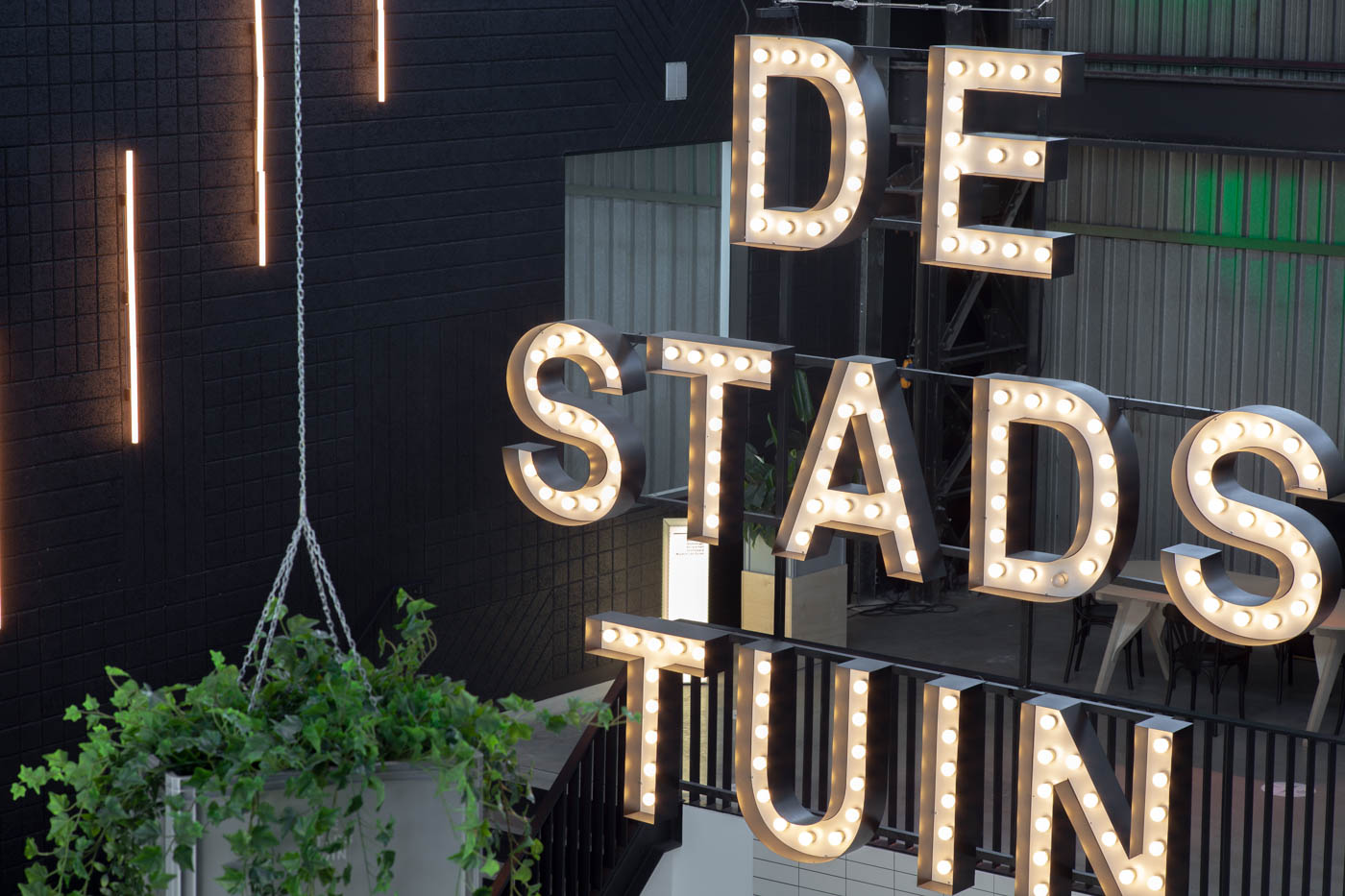 We succeeded in emphasising the impressive industrial character of the building by adding some large gestures in the entrance and event space. Due to the absence of acoustic materials in these large spaces, we had to explore various alternative solutions. For the entrance, we eventually came up with a wall consisting of approximately 400 m2 Baux panels. Also, we incorporated a pattern derived from the three-dimensional square concept. The end result offers not only an impressive visual effect, but an adequate acoustic solution as well. 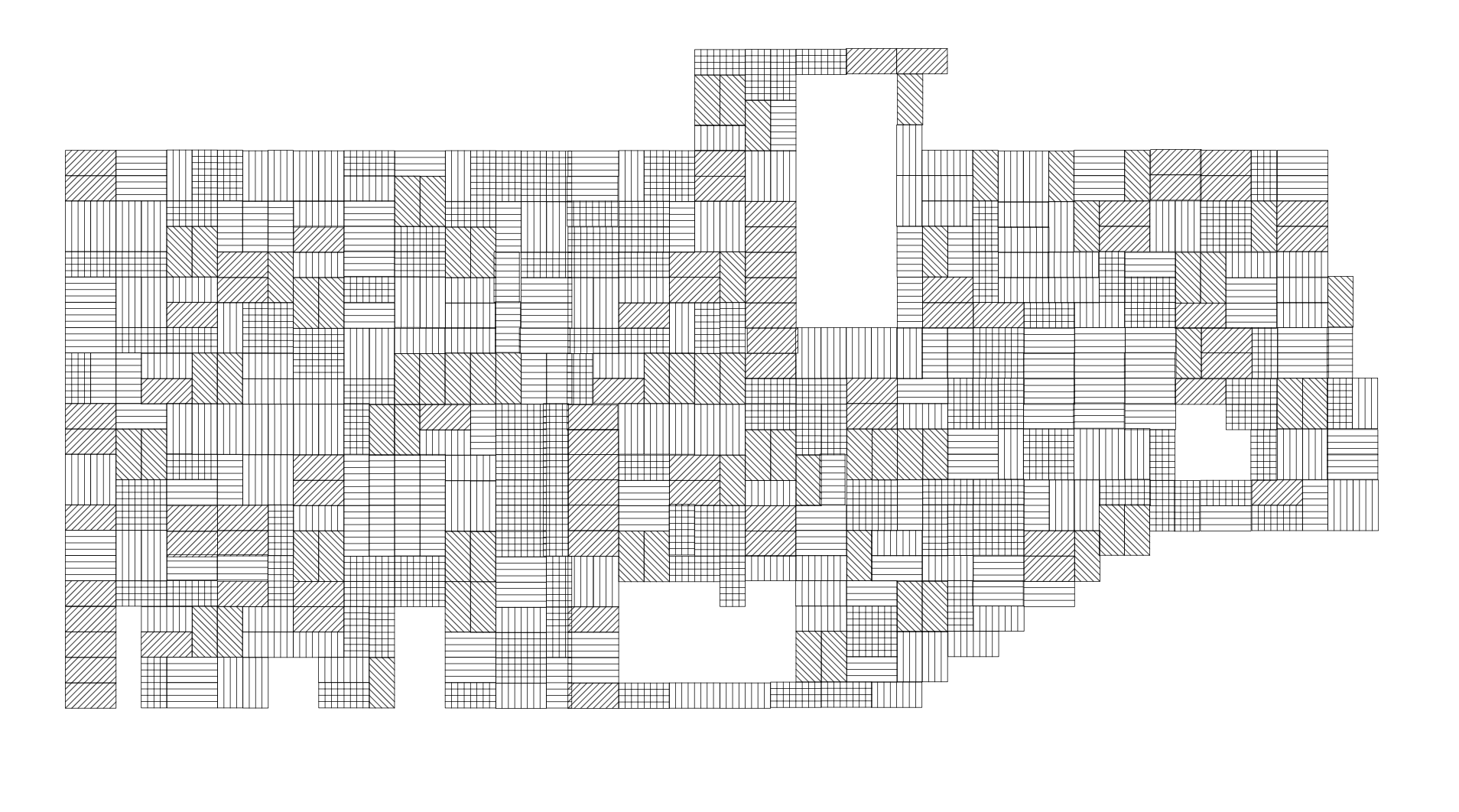 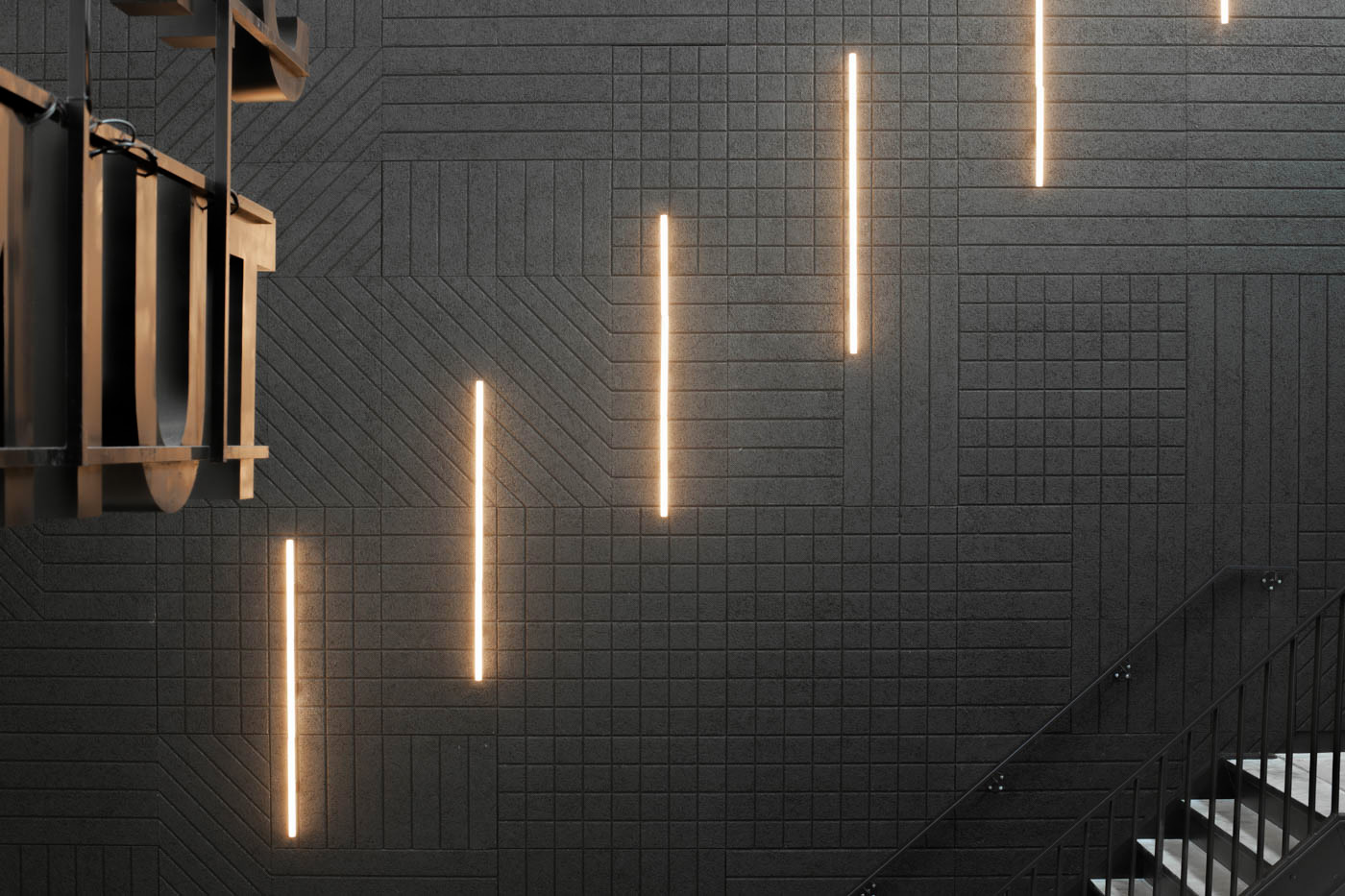 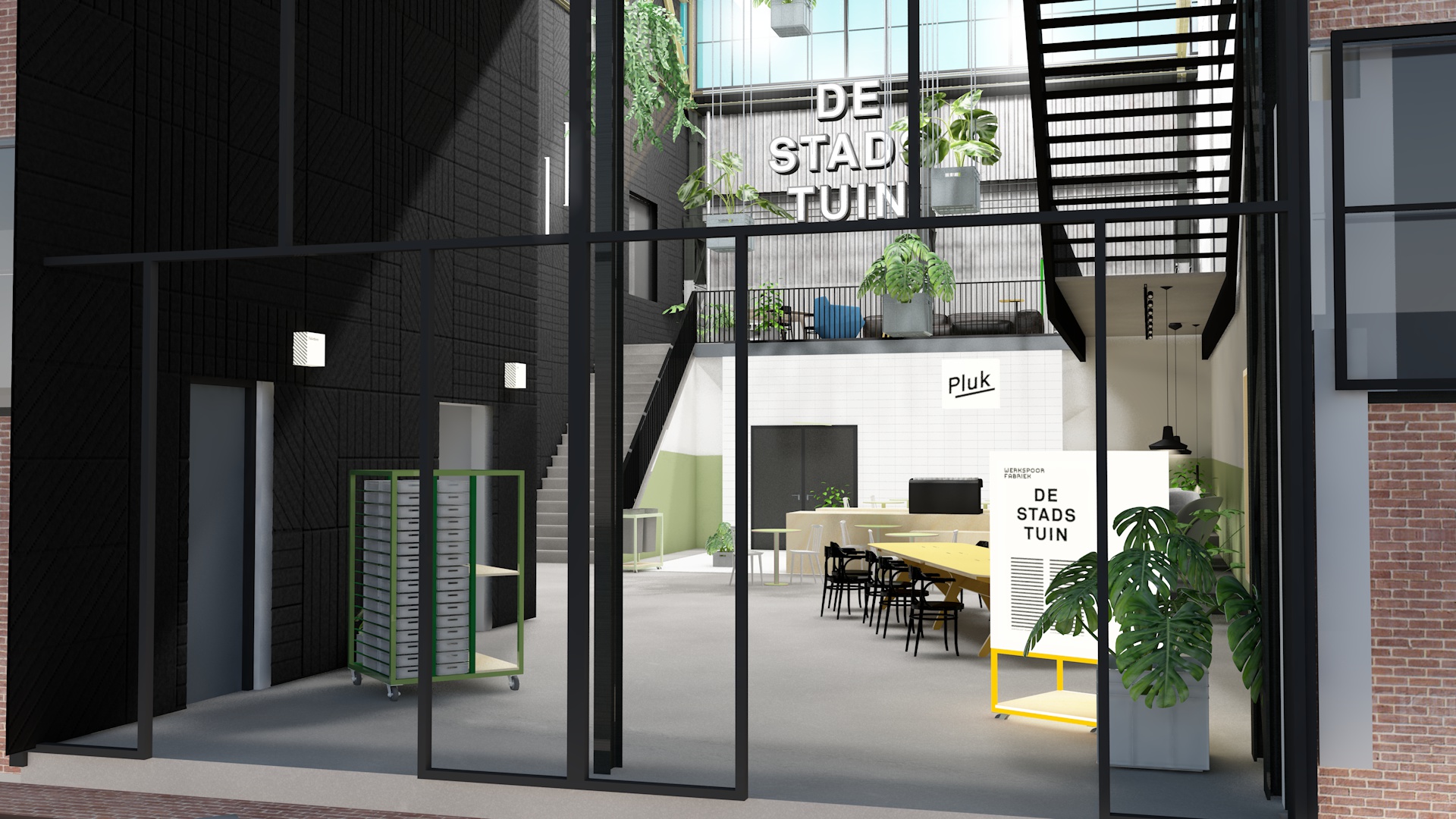 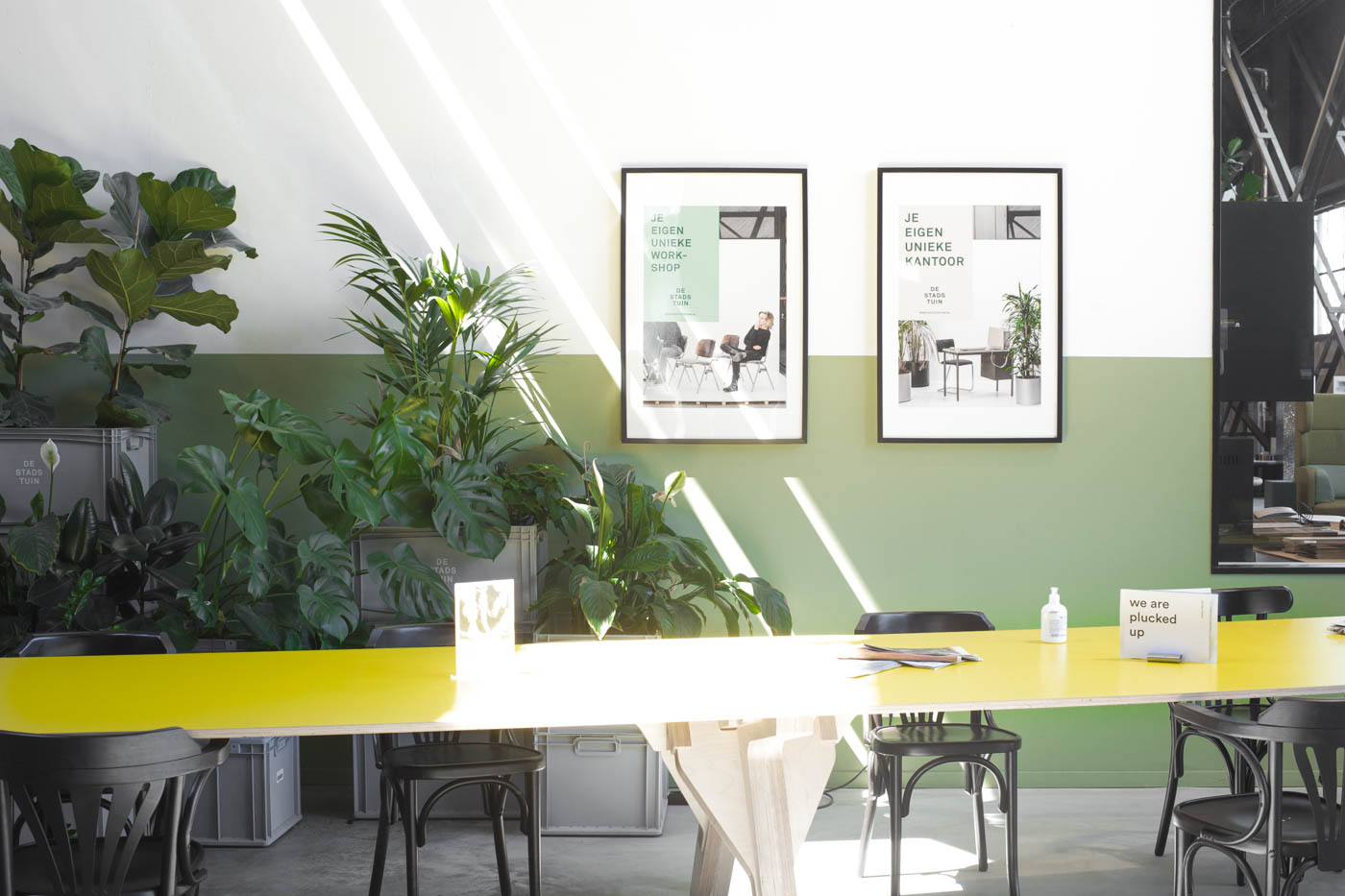 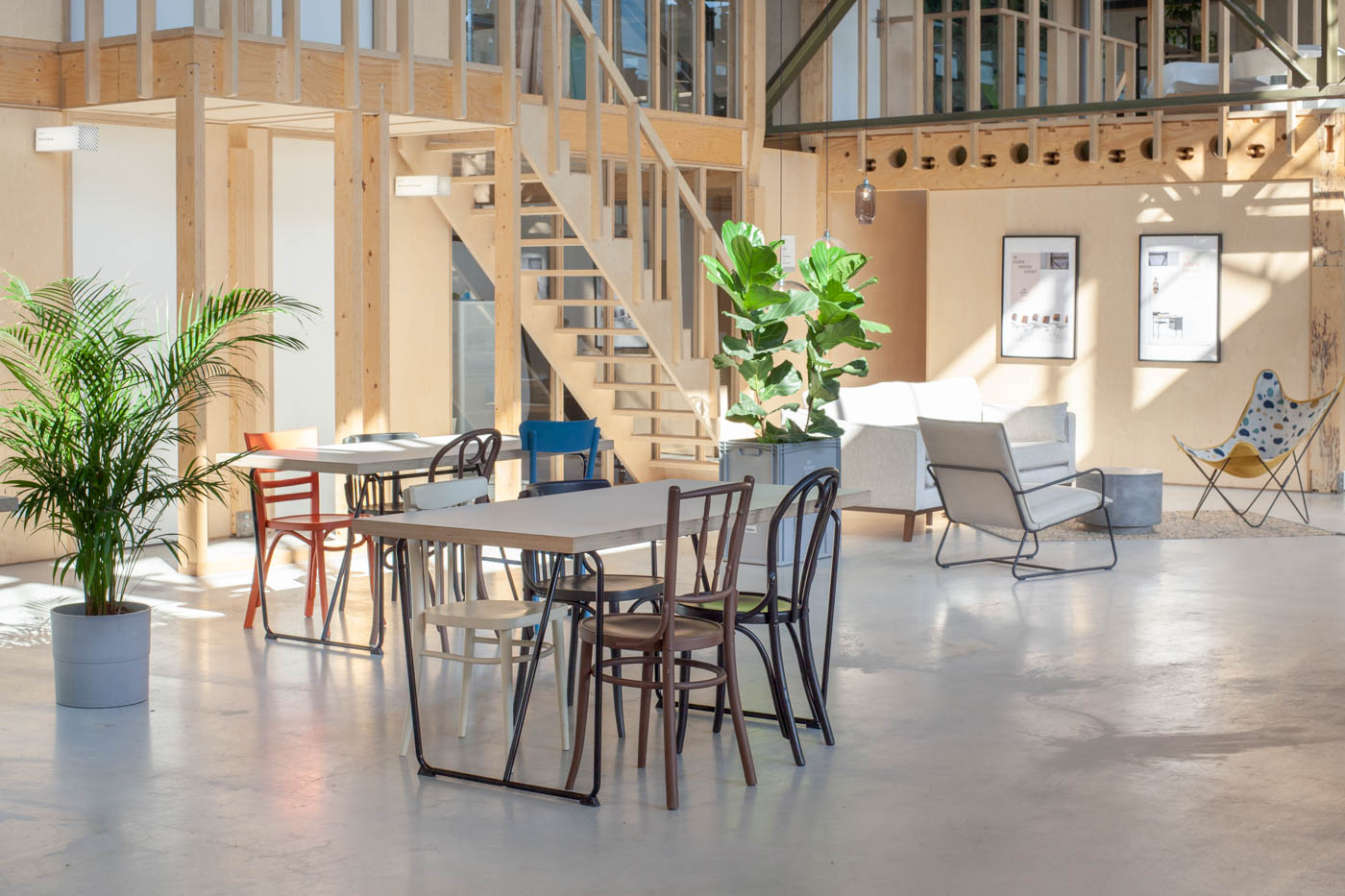 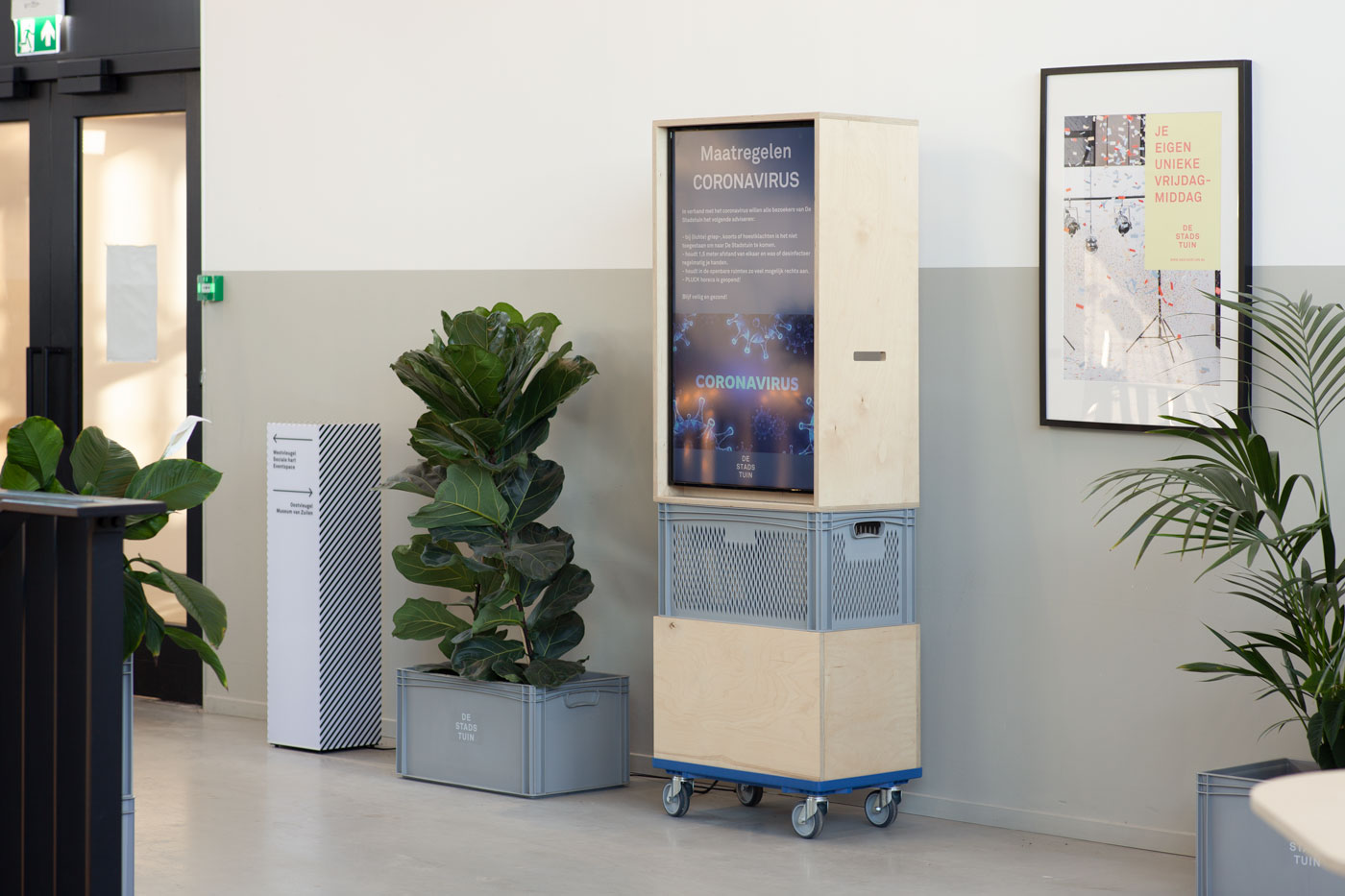 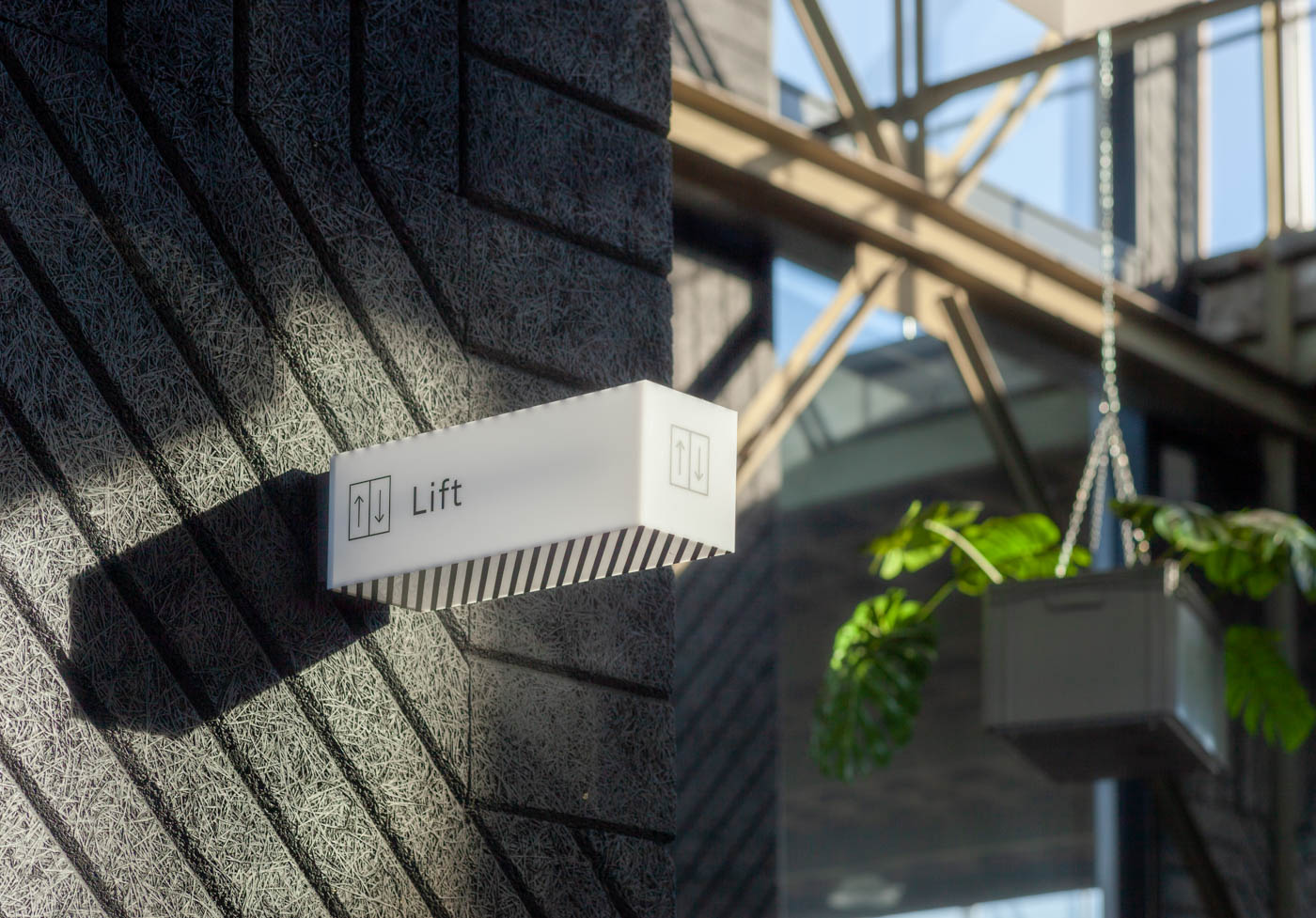 A custom signage system designed by us, which is partly integrated with our lighting plan, in a way that the industrial associations we wanted to emphasise are incorporated in the chosen design language. Where during the day lineation is provided by the ample natural light, our lighting plan takes over in the evening. 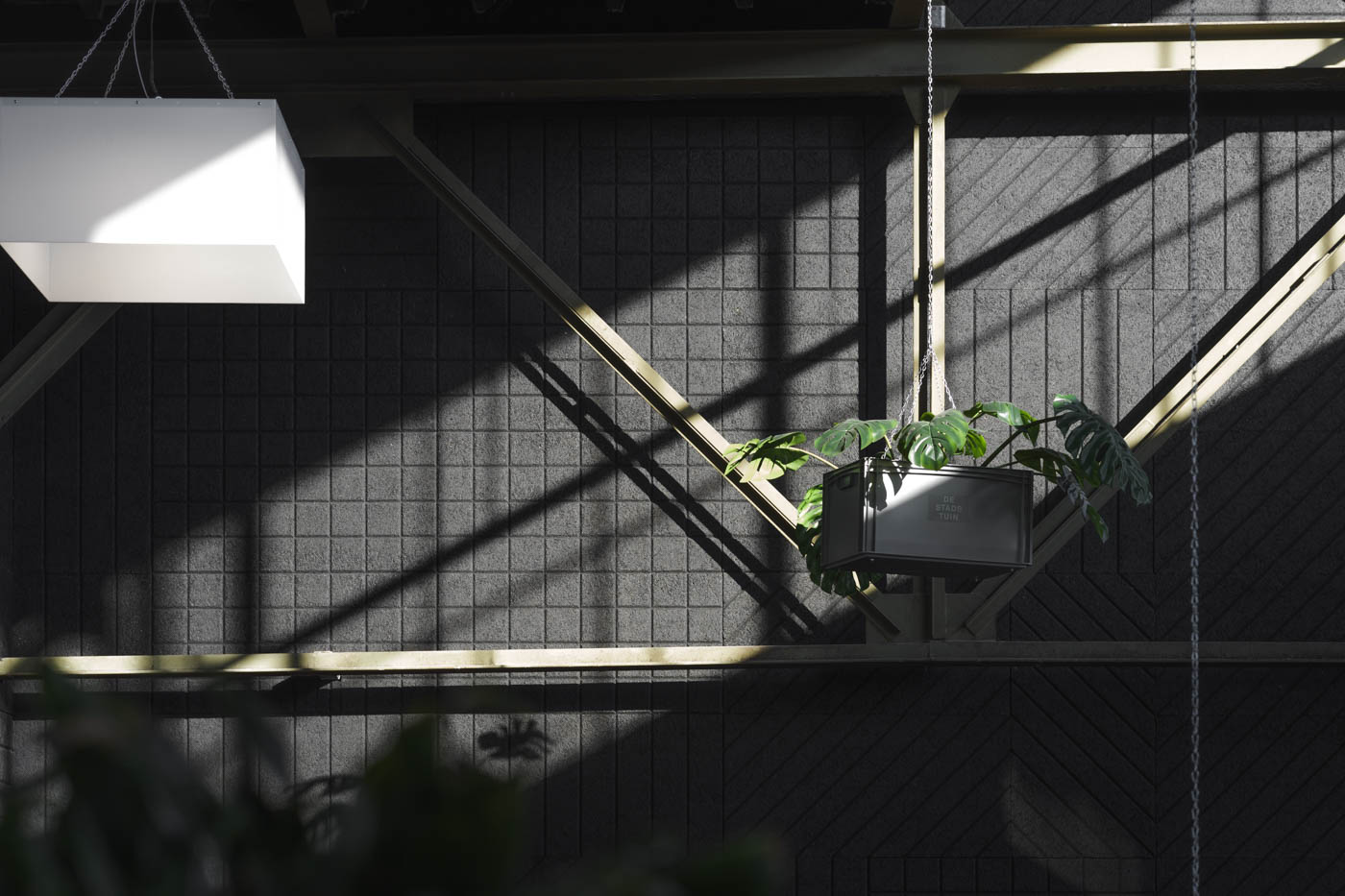 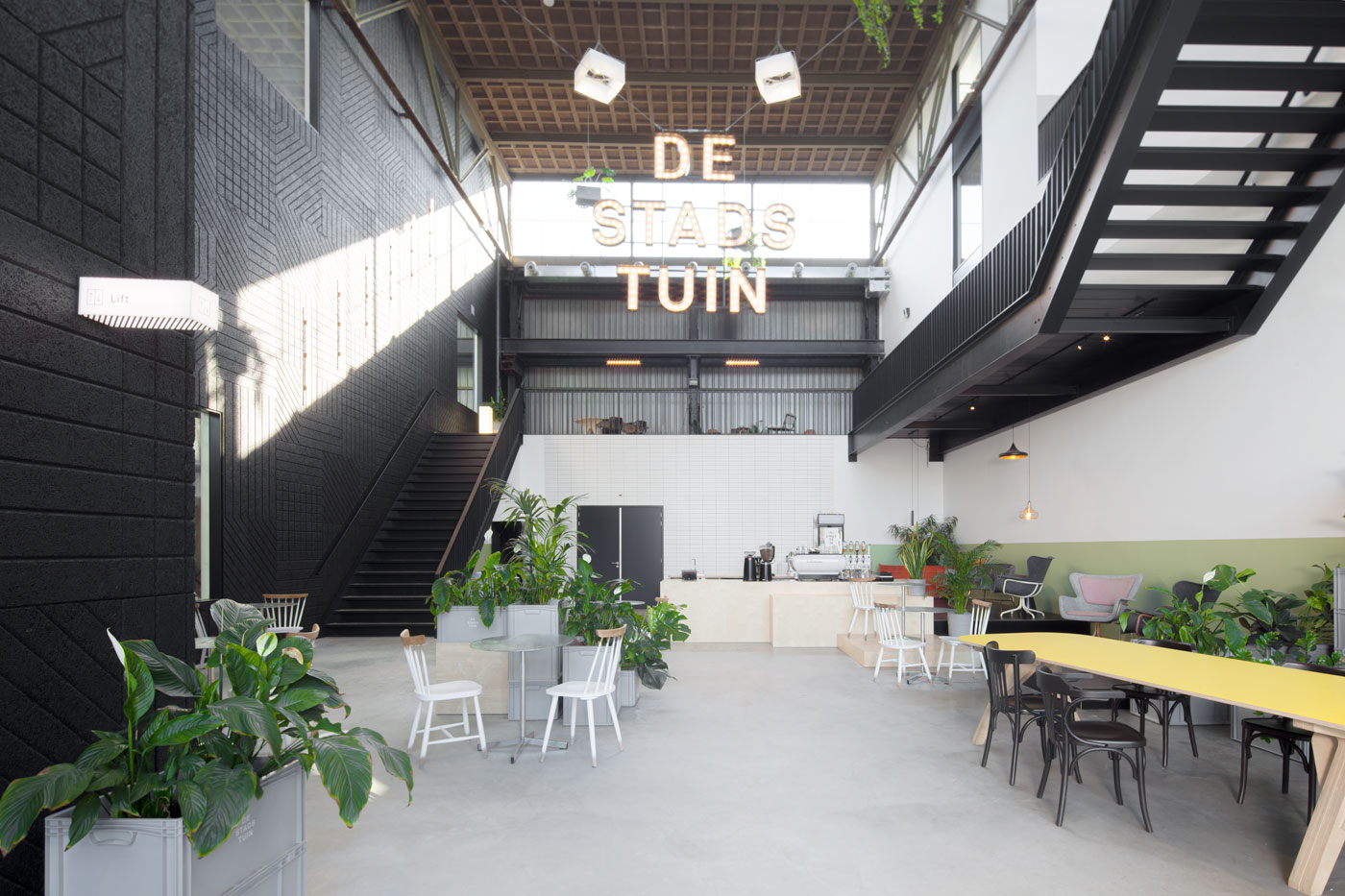 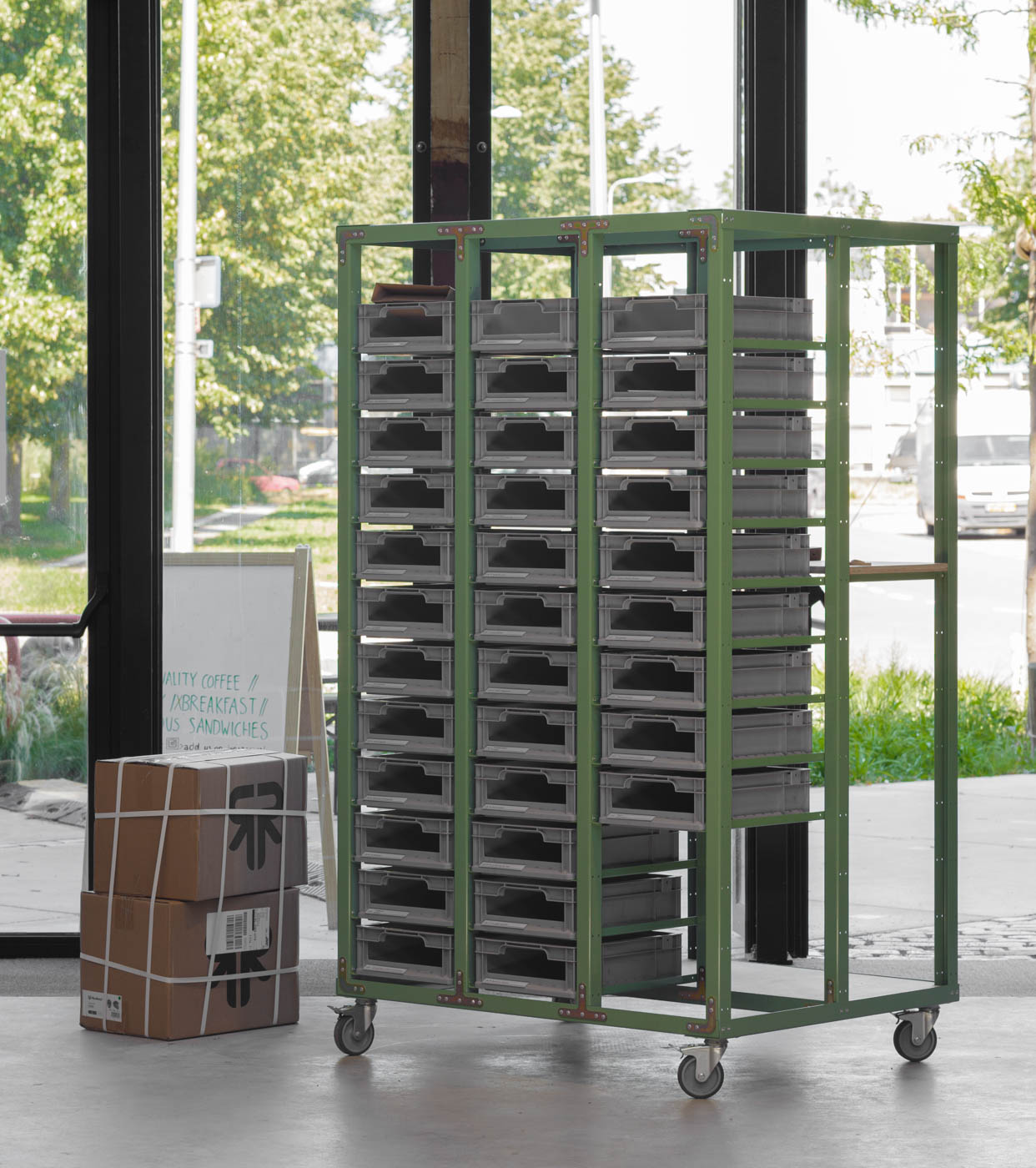 Our custom designed furniture; built up from 15 parts that can be used for various utilities such as; a pigeonhole system, information screens, consultation chair, transport carts, tables and a waste system.